South Texas Volleyball Academy is one of today's fastest growing competitive volleyball clubs in the San Antonio Area. Our club first created back in the 1980's by Cliff Tarmon. At that time, we were one of the two programs in San Antonio - Lone Star Juniors and Alamo. In the early 1990's, our program changed names to San Antonio Volleyball Association, and we headed in a different direction.

In 2011, former Club Director Ed Dahl, elected to change the name to South Texas Volleyball Academy.  STVA is a 501(c)3 non-profit organization that is focused on helping more young athletes participate in the sport of competitive volleyball regardless of financial constraints. Our mission is to help every athlete take their game to the next level through hard work, competition and disciplined training. We believe in inclusion, opportunity and building strong teams through teaching our players to support, inspire and motivate each other.  Founded on family values, South Texas Volleyball Academy believes in fostering healthy bonds between players, teams and coaches so that we are winning ON and OFF the court!

Today, the club is under the direction of Ed’s son, Eddie Dahl, Jr.  Our goal was to create a highly competitive girls’ volleyball program and under his direction, our club has gone through hyper growth – expanding from five club teams to fifteen teams in just a couple of years and is winning more and more awards each year.

We have grown because we prepare and empower young female and male athletes to compete at their highest level to create a pathway for future college or competitive endeavors for those determined athletes wanting to achieve those goals.

Our organization's growth has inspired us to continue building on our already strong foundation. In 2019, we announced the launch of our fresh new brand image and Website experience to match the growth and competitive focus of the organization. During the launch, we also revealed the new IT® campaign that reflects the mission of our organizations future success. Learn more about IT below. 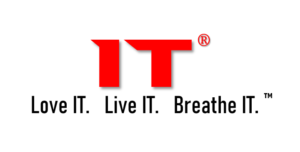 WHAT DOES IT MEAN?

We launched the IT Campaign in Winter 2019 to represent the values and principles our organization lives by. While some clubs only focus on winning awards, what makes STVA unique is its vision to instill more than just a winning attitude. There is no doubt that winning is important in competitive volleyball. However, with that focus comes the reality of creating an environment where only an elite few can have an opportunity to win competitions or future college careers in volleyball.

STVA believes in giving back. We believe ALL athletes who are willing to put in the hours can have the ‘chance’ to reach their dreams. In order to do that, you have to have – IT!  You have to be willing to give it your all and put in the time and hours to make IT happen. But rest assured, if you want IT, you can have IT.

Although winning is the true result of all efforts encompassing, our first and foremost goal is to instill strong work ethic, discipline and respect for the team in the young athletes we coach. With those values and that focus, winning competitions becomes natural. We have proven it!

IT is something you work hard for, it’s what you dream of and it’s who you become when you Love IT. Live IT. Breathe IT.™

IT means so much more…